The ... made a wonderful film on John Baldessari. For those that have not heard of this man. 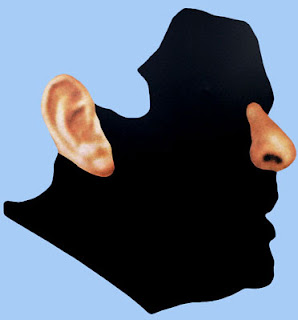 Leave it to filmmakers, Ariel Schulman and Henry Joost of Supermarche, to come up with an original way to shorten the biography of world-renowned, American artist, John Baldessari to 6 minutes. Commissioned by LACMA for their first annual “Art + Film Gala,” honoring John Baldessari and Clint Eastwood, the short documentary, written by Gabriel Nussbaum and narrated by the definitive voice of Baldessari’s dear friend Tom Waits is a refreshing take on the classic video interview. The doc captivates and informs its audience with a witty narrative, using graphics and visuals, not unfamiliar to Baldessari’s own work.
Supermarche is known best for their somewhat controversial, documentary-style feature, Catfish, about a relationship that blossoms over the internet. Good to see that they they continue to push the limits of documentary filmmaking.

John Anthony Baldessari (born June 17, 1931) is an American conceptual artist known for his work featuring found photography and appropriated images. He lives and works in Santa Monica andVenice, California
Initially a painter, Baldessari began to incorporate texts and photography into his canvases in the mid 1960s. In 1970 he began working in printmaking, film, video, installation, sculpture and photography.[1]He has created thousands of works that demonstrate—and, in many cases, combine—the narrative potential of images and the associative power of language within the boundaries of the work of art. His art has been featured in more than 200 solo exhibitions in the U.S. and Europe.[2] His work influenced Cindy Sherman, David Salle, and Barbara Kruger among others.[3]