What a tremendous idea, Niet Mijn Keus [Not My Choice].
A present for someone, everyone, always a surprise, also for yourself!
Read reactions of users under this link.
In Dutch, but translated some sound like this:
-On Saturday morning there was a gentleman of Borent at the door with a mini excavator, supposed to be digging trenches for sewers. Hired for one day, but not my choice. My son (12) and I took it for a ride. On fallow land, we built a sand castle. Certainly two meters high, surrounded by a deep moat. Gasoline turned out not to be included, but it was worth the fun. Thanks!
Or
-Got 10 lobsters, but what to do now? Keeping them in the bathtub until I know what to make of it. 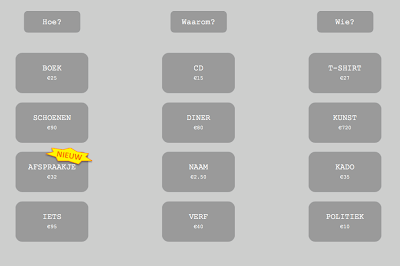 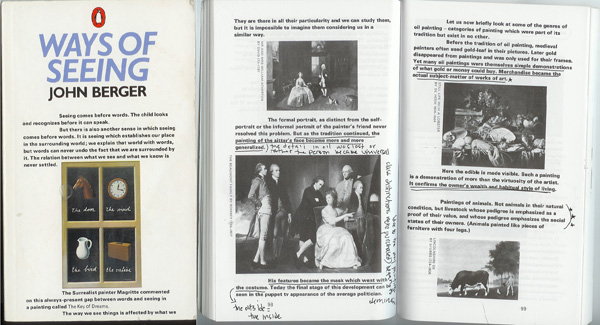 The other day, I was reorganizing my books. It seems the books I own longest are still my treasures and some later aquisitions could be disposed of rather easely.
I rearranged my collection and first of all I put all books together that I keep for their images, not their text. One wonders how their could ever be a world without books. Art history for instance: I can't imagine you can compare on a computer screen?
My second catagory are books I find teaching treasures. I only have to look at the book to know how I can use its content in my teachings. John Berger’s “Ways of Seeing” is one of my favorites. An in depth look on art, the way people view it and the influences that traditional oil painting has had on society and modern day publicity. The beginning of the book goes into the issue of how people now look at art versus how people in the past look at art and how reproduction has effected this.  The relationship between social status and the subjects of oil painting, particularly the female nude is discussed as well. Berger turns to modern day and explains the role that publicity takes in our daily lives and how it is modeled after the traditional oil painting of the past. It's all there.
Now in YouTube's era, I thought I'ld give it a go and yes, someone has taken the trouble to upload it all.
Thanks manwithaplan999.
He has also shows later series of Ways Of Seeing.
Episode one
Episode two
Episode three
Episode four
Wiki: Ways Of Seeing
Gepost door CONCEPTUALIST op 16:00 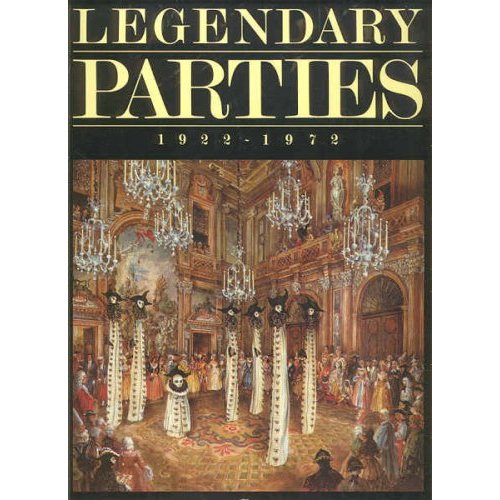 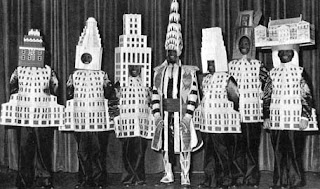 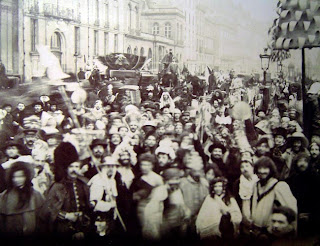 Mindmapping always has our interest, so let's start a compilation...
This one explains how we have to work on global warming. 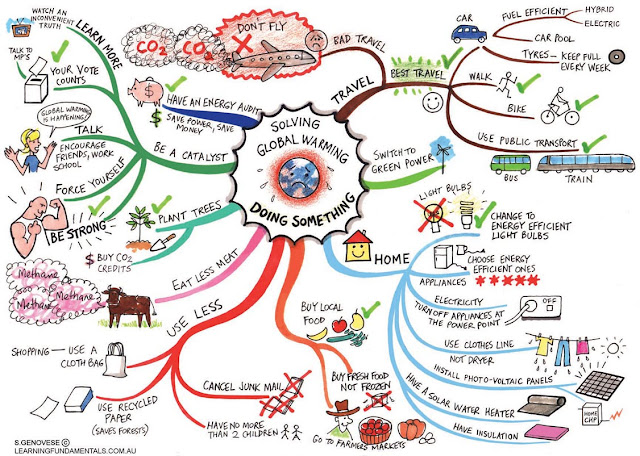 To see where this in it's original context, press: link
Gepost door CONCEPTUALIST op 00:01

Today I discovered Jim Denevan. Some pictures on FaceBook / design-dautore.com made me curious. Jim makes temporary drawings on sand earth and ice that are eventually erased by waves and weather. Contrary to the seventies land-art, this, in my opinion doesn't try to bear more importance then it can offer us: an extra way of seeing the specific beauty of a place... 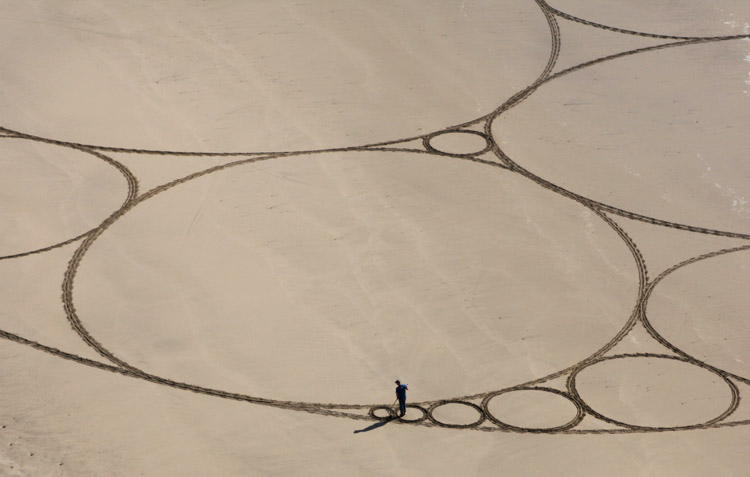 There is also a certain kind of contemplating quality in the making of these works. Listening to the story in this film, you recognize the meaning of the work for himself.

Some years ago, I had the chance to visit Le Corbusier's works done between 1959-1968 at Firminy: the Maison de la Culture, the stadium, the recently completed church - and his Unité d'Habitation. I will publish some of my pics one day.
The World Of Interiors [jan 2011] gives us the chance to see more of his earlier projects in Paris and vicinity: Maison LaRoche-Jeanneret (1923-25), designed by Corbu. Enjoy the sculptural forms, playing with light, framing and especially COLOUR!
Buildings or sculptures; paintings or rooms/spaces; are they spaces meant for living or observing?

Maison LaRoche, interior restored 2009 by Agence Pierre-Antoine Gatier. Note gray color of radiators; this is the original color as determined by paint analysis. 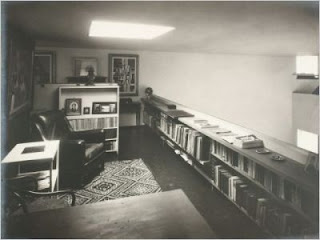 To see how and where, visit the Fondation Corbusier.
Gepost door CONCEPTUALIST op 02:07

Visualizing some development always catches my eye. O, that's what's going on... This film in a way is sort of reassuring. The world is not doing so bad. Well, eh, a lot of people are doing great, even. But that creates the next problem... And so on, and so on.
Watch and enjoy!