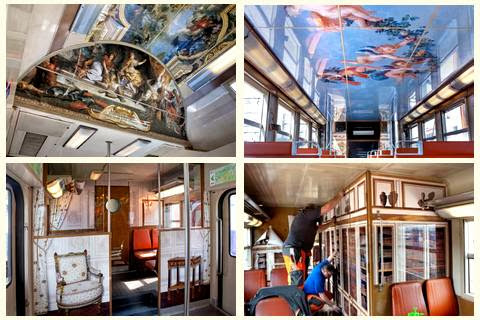 You are now enabled to take the royal treatment, en route to Versailles. A service provided by the French Railways SCNF.
Bertrand Gosselin of the French state rail company, says the idea for the trains, which began running in May, came up in a joint meeting between officials from the palace and the rail line that serves it.
"We decided to make something different," Gosselin says. "Why not make something inside the trains to be already in Versailles when you take your train in Paris?"


The rail cars are decorated in seven different motifs reflecting different areas of the Palace at Versailles — including the famous Hall of Mirrors, the queen's bedroom, the lavish gardens of Marie Antoinette's estate, the library of Louis XVI, the decor of a royal carriage and the peristyle of the Grand Trianon, which Gosselin notes was a private room where the king could have "some relations with women." [text from this blog] 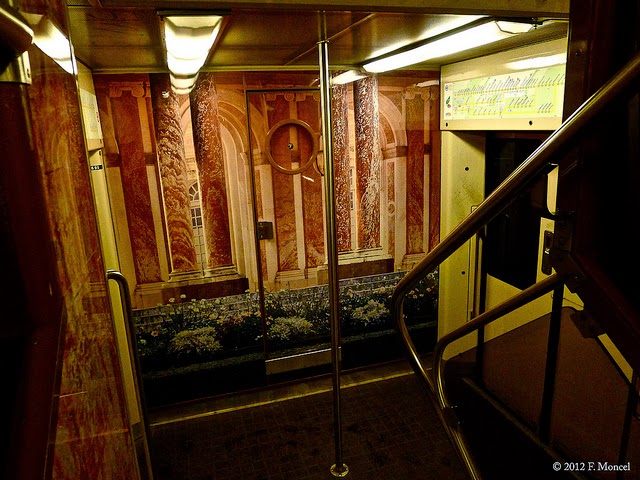 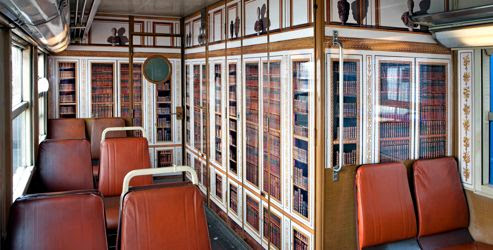 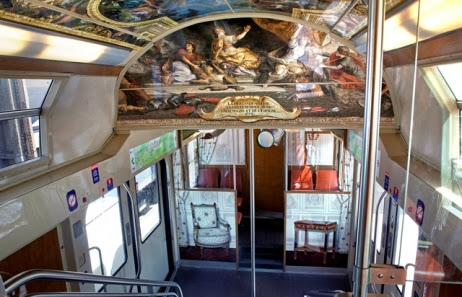 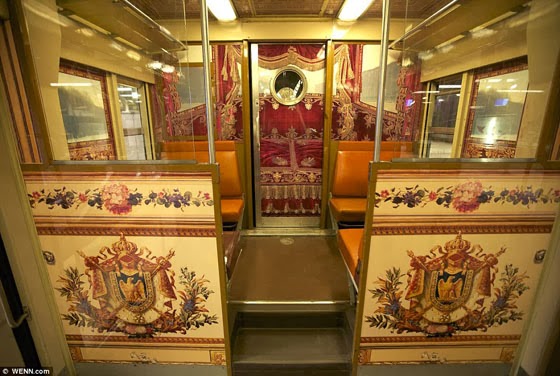 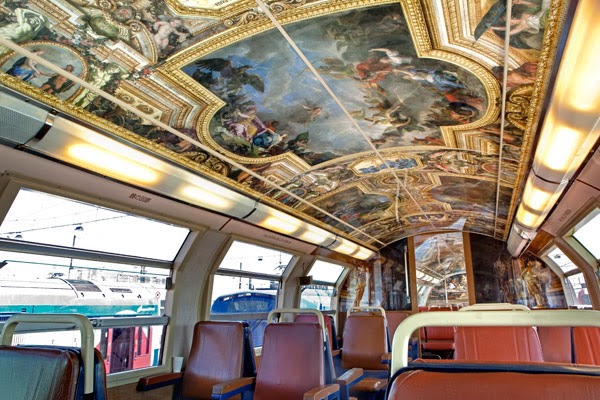