I read this column in Another Magazine. anothermag.com And I post this on my favorite fashion reporters birthday.
I have always found Suzy Menkes' [24 December 1943] approach to fashion one of the most interesting Well written, no nonsense, deep, yet funny. In short British, I guess. 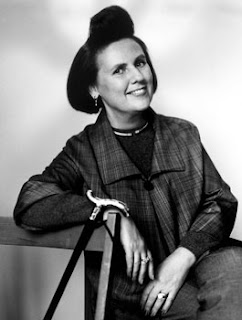 Oh, can't stop... Here's the making off of that wonderful collection.